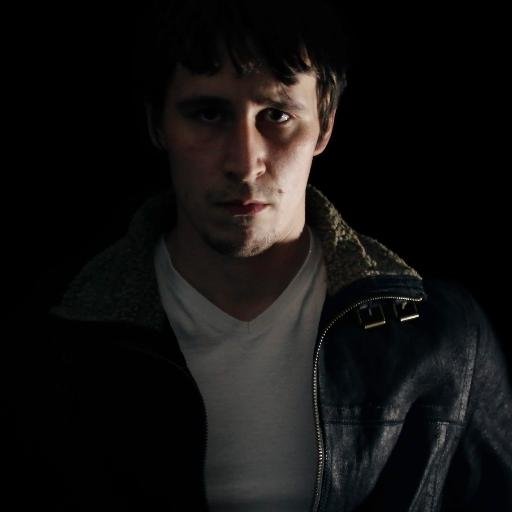 Over the weekend I binge-watched around 120 paranormal YouTube videos posted by Michael D Magee. They amounted to approximately six hours of viewing. Why? Two reasons. 1) We’d recently asked Michael if he would be interested in being interviewed for a ThankBookFor Halloween podcast special*; and 2) because once I started to watch, I became more and more intrigued.

Magee claims to have been haunted by a number of entities (spirits/demons, etc.) since 2009. He has moved five times (by the last count) and the activity has always started again in his new home. The conclusion is that it’s not the houses that are haunted, it’s Magee himself. What sets Magee apart in his claims is that he has documented huge amounts of footage of this supernatural activity (please see the below clip for examples, and be sure to check how many views it’s had).

Magee has more than 70,000 YouTube followers, with thousands more on Twitter and Facebook. He’s well-known in paranormal circles as being one of the few investigators who have recorded some of the most fascinating and chin-scratching pieces of “evidence” in his field. Examples include recording visible apparitions (using Kinect software and filming in thermal and infrared spectrums), catching footage of items seemingly moving on their own, recording EVP sessions where the voices of the spirits haunting him can be heard answering his questions, and last, but not least, a session where an entity typed a message to him on the keyboard of his computer.

During my viewing, I read a lot of the YouTube comments (and I did watch all the videos, in chronological order), and Magee clearly has a huge amount of support from fans and believers. I admit to being freaked out a time or two myself, probably because I did the majority of watching after 10pm. I even slept with the lamp on for a short while on Saturday night. I also found myself wondering how the hell Magee did it. It’s all very clever.

Does that mean I believe what I saw in the videos? Do I believe Michael D. Magee is, in fact, haunted by spirits?

1. Commenters on YouTube have asked Magee to Live Stream some of the “hot spots” in his house. Live Streaming is extremely common these days and super easy to set-up. It also has the added bonus of Magee’s address remaining completely secret. Still, he hasn’t provided a single Live Stream session.

2. I am uncomfortable with the way some his evidence is presented. If it’s simply for documentation purposes, there should be no need to present clips with up to 20 seconds of suspenseful build-up before something occurs (a cupboard door swinging open or an orb floating across the screen). Magee also often ends a video with phrases like “I hope you enjoyed [the video]”. Enjoyed? Are we here to enjoy it, or are we here to be convinced that you’re telling the truth? Two very different motivations for watching.

3. It should also be stated that Magee, at the beginning of all this, was a Media and Film student at university. He obviously has a wide and comprehensive knowledge of editing, recording and special effects. Indeed, all of his clips are immaculately presented.

4. One of the earlier videos included footage of a shadowy figure walking across the screen only to approach the camera and cause electrical interference. In another earlier video, Magee documents a “demon” entering his bedroom window and trashing his room. These larger, dramatic events are the only amateurish videos Magee has presented so far, and since then he has stuck to offering smaller, more “credible” footage.

5. As I mentioned above, the video that shows an entity using Magee’s keyboard and computer to type out a message holds some concerns for me. For a few days, Magee waited for any activity to occur until, finally, the entity typed out a message that could have been interpreted as HELL, HELLO, or HELP. In the clip, we even hear the clicking of the keys. However, it is filmed like all his videos – from across the room, partially zoomed in. If Magee’s sole purpose for that video was to capture an entity typing on his computer, why not set the camera close enough so we can see the depression of the keys? Many people queried this (and also the lack of movement of the space bar even though spaces appear in the typed text) and, despite the success of the test (the entity did appear to communicate), Magee has never repeated it.

6. On more than one occasion Magee has been asked to set up cameras so that the entirety of a room be seen from all angles. Magee claims that the cost of buying extra camera equipment to do this is not possible on the wage he earns at his warehouse job. Let me make clear that he has more than one camera. Often, he has a camera in the living room as well as in the kitchen, and in his study, all running concurrently (he flips between shots in his videos). Therefore, at the very least, he owns two cameras. Therefore, why not film one room from all angles and put to rest the non-believers who believe he is off-screen, orchestrating some of this supernatural activity?

7. And most damning of all, despite continued suggestions by viewers that Magee invite an outside party to come into his home and verify some of his claims, he has always refused, stating that he values his privacy too much to allow strangers into his house. Admittedly, I would also be wary of giving my address out to someone in these circumstances, but until someone who is neutral and unbiased and preferably science-minded (and is not related to Magee) corroborates Magee’s findings and confirms them as valid evidence of a haunting, none of this is trustworthy and I’m not buying it. Sorry.

Saying all that, one of the key reasons for Magee’s popularity lies not only in his impeccable presentation of his footage and sound bites, but in his sincerity. He comes across as nothing but a nice, genuine, polite guy. I liked him. He even openly debunks some of his own evidence and he encourages his viewers to do the same. Question everything, he tells us. It’s very hard to believe this man could be duping us when his sincere expression and earnest explanations meet us at every turn.

I enjoyed watching Magee’s videos. I was entertained. And that’s the key word for me here. The haunting of Michael D Magee is pure entertainment. Until, that is, he decides to let someone in on his haunting who has absolutely nothing to gain from it.

*At the time of posting this blog, Mr Magee has yet to reply to our request for an interview.**

**He has now responded 😀

(Did you enjoy reading this article? You might like G X Todd’s fiction books, too. DEFENDER and HUNTED are available to buy now.)

18 thoughts on “The Haunting of Michael D Magee”